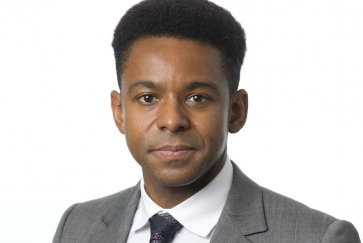 Sheldon Mills of the FCA

The FCA has decided to permanently ban the mass-marketing of speculative illiquid securities, including speculative mini-bonds, to retail investors.

The announcement comes a month after the Financial Services Compensation Scheme (FSCS) blamed potential claims from the London Capital & Finance (LCF) mini-bond scandal for an additional £44m cost in its £649m 2020/21 budget.

This was despite warning that many claims from LCF customers will not be eligible for compensation.

A total of 11,600 investors were hit by the £236m collapse of LCF which has resulted in a wave of complaints, claims and litigation, with some accusing the FSCS and the FCA of dragging their feet.

The FCA originally introduced a ban without consultation in January.

The ban was introduced following concerns that speculative mini-bonds were being promoted to retail investors did not understand the risks involved, and could not afford the potential financial losses.

The FCA is proposing a small number of changes and clarifications to the ban introduced in January. This includes bringing listed bonds with similar features to speculative illiquid securities, and which are not regularly traded, within the scope of the ban.

As mini-bonds are usually unauthorised, the FCA says it has limited influence in this space. However, the regulator can take action when an authorised firm approves or communicates a financial promotion, or directly advises on or sells, these products.

The FCA ban will mean that mini-bond products can only be promoted to investors that Financial Planners can prove have in depth knowledge and/or are high net worth. Marketing materials produced or approved by an authorised firm will also have to include a specific risk warning and disclose any costs or payments to third parties that are deducted from the money raised from investors.

Sheldon Mills, interim executive director of strategy and competition at the FCA, said: “Since we introduced the marketing ban we have seen evidence that firms are promoting other types of bonds which are not regularly traded to retail investors. We are very concerned about this and so we have proposed extending the scope of the ban.”

The term mini-bond refers to a range of investments. The ban will apply to the most complex and opaque arrangements where the funds raised are used to lend to a third party, to buy or acquire investments, or to buy/fund the construction of property.

Exemptions to the ban include listed bonds which are regularly traded, companies which raise funds for their own commercial or industrial activities, and products which fund a single UK income-generating property investment.

More in this category: « FCA concerned about some equity release advice Financial Planning Wales hit by cloning scam »
back to top