Half of over-55s fail to 'get' the Pension Freedoms 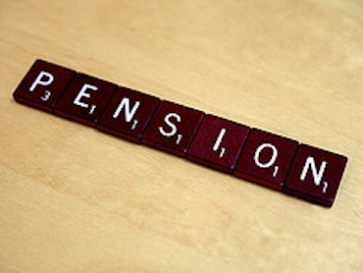 Over half (51%) of Britons say they have little or no understanding of the Pension Freedom rules introduced in 2015, according to new research.

Awareness of Pension Freedoms was highest among over-55s that currently receive financial advice, according to research from Standard Life.

However, only 28% of adults over 45 who are yet to retire said they were planning to pay for any form of financial advice as they approached retirement.

A further one in ten (10%) over-55s said they know nothing about the changes, introduced in April 2015, which represented a complete shake-up of the UK's pensions system.

Just a third (34%) of over-55s said they can remember the changes taking place.

The research also found that women were less likely to know about the rules than men, with 58% over the age of 55 admitting to knowing little about them compared to 43% of men.

Standard Life’s survey of more than 2,000 UK adults also found that 35% of Britons aged between 55 and 64 have already accessed their pension pot, prior to State Pension age.

Of those surveyed, 35% aged between 45 and 54 said they would probably take a tax-free lump sum from their pension at some point. Of those, 30% said they will do so as soon as they hit 55.

Meanwhile, 15% of adults aged between 45 and 54 said they were likely to take a taxable lump sum in retirement. Of those, almost a quarter (24%) planned to do so as soon as they reach 55.

Alastair Black, head of platform proposition at Standard Life said: “It is encouraging to see those that receive financial advice are more familiar with the rules. It underlines the value of advice especially as Britons have more choice than ever before as they head into retirement. And our research shows engaging an adviser is still the best way for people to navigate their options.”

“In the current climate, we know many advisers are hearing from clients keen to dip into their pension savings as soon as they can. Pension Freedom rules mean those aged 55 and over are able to do this, but they may not realise that taking from their pension now risks locking in losses of the current stock market falls.”

“Those with a financial adviser are more likely to understand the pitfalls of taking a tax-free lump sum from their pension pot, which is why our research showing so many people nearing retirement are not planning to take any form of advice is concerning.”

Standard Life polled 2,825 UK adults via an online survey in February and March.

More in this category: « Changes at the top for Frenkel Topping PIMFA welcomes FCA comments on FSCS levy »
back to top