Tyrie to step down as CMA chairman 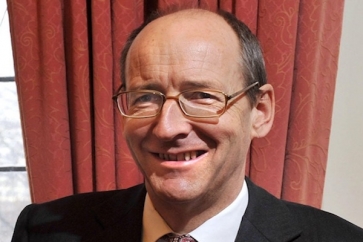 Lord Andrew Tyrie is to step down as chairman of the Competition and Markets Authority in September after two years in the role, the CMA has confirmed.

The former MP and ex-high profile chair of the Treasury Select Committee said he plans to campaign for legislative change due to ‘limits’ on the role.

Under his chairmanship, the CMA has taken a tenacious approach in dealing with competition issues.

He was known on the Treasury Select Committee for his tough questioning of leading regulators and industry figures.

In the financial services sector, the CMA recently ordered an in-depth investigation into platform engine FNZ’s purchase of competitor GBST due to “competition concerns.” The review is still under way.

Lord Tyrie says on leaving the CMA he will focus his efforts on pushing through legislative change to beef up consumer protection.

He said: “On taking the role, I was asked by the Government to map out a route to a new type of competition authority, one better equipped to understand and respond to what most concerns ordinary consumers: penalties for loyal customers, price discrimination against vulnerable consumers, the difficulties faced by millions in getting good deals online, among them.

“I now want to make the case more forcefully for legislative and other reform – in Parliament and beyond – than is possible within the inherent limits of my position as CMA chairman.”

He added that the CMA had submitted proposals for wide-ranging legislative changes to the government last year.

In his statement following his decision to stand down from the CMA he said: “I was also asked to suggest ways in which the CMA could become more agile, less legally encumbered, and also with closer international ties, reflecting both the increasingly global and often digital nature of consumer detriment, and the CMA’s enhanced post-Brexit role. We’ve all, particularly the most senior executive team and the doard, worked hard at the CMA to do that.”

He thanked all his suporters and friends who have helped his work at the CMA and said the body had worked hard to protect consumers by imposing tougher penalties on those who break competition law.

He also praised the CMA’s response to the Coronavirus pandemic and said the body had “reoriented” to listen and act on consumer concerns more quickly and effectively.

The Department for Business, Energy and Industrial Strategy is now seeking a new chair of the CMA.

More in this category: « Second CEO exits Schroders’ Financial Planner in 12 months Boosst appoints two during lockdown »
back to top