1 in 10 investors have lost 41% of portfolio value 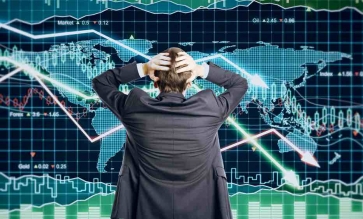 Many investors are pessimistic

A survey of 1,000 UK investors suggests the majority (58%) believe a recovery from the impact of the Coronavirus pandemic will take “years.”

Nearly half of investors (49%) reported that the value of their investments had fallen since March.

For those whose investments have been negatively impacted their average loss was 19%.

The research was carried out for flat-fee adviser Bancroft Wealth and found widespread pessimism about the economy.

Despite the losses most investors surveyed have done little to influence their future portfolio returns or financial situation or been in touch with an adviser.

According to the survey, 44% of investors expect a deeper and longer recession than the 2008 financial crash and 61% believe a second wave of Coronavirus will result in a stock market fall.

While there are “pockets of cautious optimism” investors remain overwhelmingly downbeat.

Keir Ashman, pensions and investments specialist at Bancroft Wealth, said: “It’s…clear from our survey that investors have experienced a great deal of turmoil with their personal wealth in recent months, leaving many unsure what to think, how to feel or what to do. All too often this has led to inaction, whereas there are actually steps that can, and should, be taken.”

He said more investors should see an adviser and avoid waiting for an annual meeting.

Bancroft Wealth charges a £500 per year flat fee for its wealth management service.