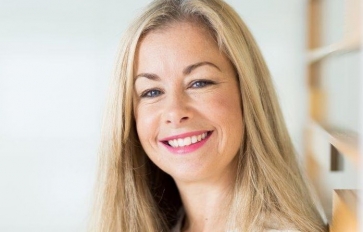 Women are failing to benefit from financial advice when they are young with just 12% aged 18 to 34 years old seeking help from a Financial Planner - despite a quarter worrying about money on a daily basis, according to a new report.

This compared to 21% of men in the same age group.

Women have also been disproportionately affected by the Coronavirus pandemic accounting for 78% of related job losses, according to the Unlocking the Power of Financial Advice report from investment manager Fidelity.

The report’s findings showed that when women do take financial advice, the majority find it beneficial however, many still believe that ‘financial advice is not for them’.

Fidelity’s first report in its Women & Money GETINvested campaign, The Financial Power of Women report, found that over half (54%) of women were concerned that they would not have enough to live comfortably in retirement. The Pensions Policy Institute also found that women in their 60s will on average retire with £51,000 of savings compared to men who, on average, will retire with £156,000.

By not engaging with financial advice in their younger years, women risk falling behind their male counterparts early on.

According to the report, six in ten (58%) of young women worry about their finances at least once a week.

Jackie Boylan, head of FundsNetwork for Fidelity International, said: “Our twenties and thirties can be vital years for building up longer term savings as well as hitting financial milestones. Financial advice can help us to think ahead, for both short and long-term goals and navigating any obstacles, and for women this is arguably even more crucial.

“The gender pension gap is all too real, and now we have a whole generation of women set back even further by Covid-19: job losses, taking on more of the caring responsibilities as well as the domestic burden.

“Women should feel empowered to seek financial advice from a younger age, but there are too many barriers in the way from cost to a lack of confidence – meaning women are coming to it much later than men.”

According to another report also released today, from digital IFA disruptor Fintuity, a woman in her 20s would need to save approximately £1,300 extra per year in order to close the gender pensions gap.

More in this category: « Mattioli Woods CFO moves to new role Women pensioners £135,000 worse off than men »
back to top