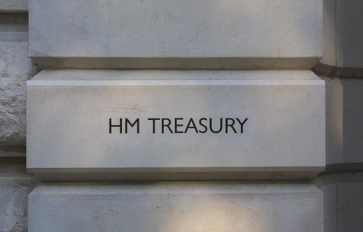 The Treasury is consulting on proposals to make it harder to promote unauthorised financial products via authorised firms.

The move will affect unauthorised products pushed by authorised firms.

A separate move is under way to bring some crypto assets under FCA regulation.

The move comes after the London Capital & Finance mini-bond debacle which saw more than 11,000 investors lose more than £230m after they invested in products seemingly not covered fully by FCA regulation. The Treasury consultation on financial promotions says: “The FCA has identified a number of cases of authorised firms failing to satisfy its requirements in approving the financial promotions of unauthorised persons.”

LCF was an authorised firm but some of its investments and savings products were potentially outside the scope of regulation and compensation schemes. The FSCS is currently considering compensation for investors and the Treasury has ordered the FCA to carry out an independent investigation led by led by Dame Elizabeth Gloster, which is due to report by September.

Mr Glen launched two consultations this week. One proposes increasing the oversight of financial promotions issued by unauthorised firms and the other would bring the promotion of certain types of crypto-assets under FCA regulation for the first time.

John Glen, Economic Secretary to the Treasury & City Minister, said: “If adverts by unauthorised firms are misleading, or don’t fully outline the risks, then people can end up losing money. That’s why we want to put more protections in place around such financial promotions, including the promotion of cryptoassets, while continuing to ensure people have access to a wide range of products on the market.”

At present if an unauthorised firm wants to promote a particular financial product, it needs to get that promotion approved by any authorised firm.

But with a huge range of products on the market, the government believes that this no longer provides a strong enough safeguard.

The promotion of crypto-assets is currently unregulated, but their proliferation, and the fact they are often targeted towards retail investors, underscores the importance of promotions being candid about the risks involved, says the Treasury.

Both consultations will run until 25 October.

More in this category: « CII to check Chartered firms' diversity from 2021 Regulators consult on revised complaints system »
back to top