Financial Planners reduce hours to care for others 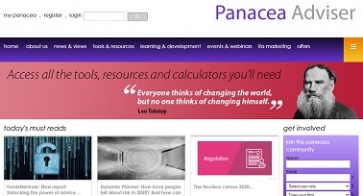 Almost three quarters (73%) of Financial Planners reduced their working hours to support others or provide home schooling during the Coronavirus pandemic, according to a new report.

The survey of 275 Financial Planners and Paraplanners by Financial Planner community Panacea Adviser found that 66% had been impacted financially as a result of this reduction in working hours or due to not being able to meet clients face to face.

A further 72% of those surveyed who had been impacted financially by the Coronavirus pandemic said that the impact had had a detrimental impact of their day to day lives.

The mental health of Financial Planners was also under strain. Over half (55%) said that lockdown has affected their mental health or caused unusual levels of stress or anxiety.

The regulator took a bashing in the comments submitted by several Financial Planners.

Comments included: “Only the FCA could witter on about PII being fine and no problem. IFAs have been instrumental in calming nervous investors and preventing panic selling during March and yet the FCA fiddles with increased hostility and intervention. They are a shambles.”

Another comment seen by Financial Planning Today read: “The only national focus was on the NHS ignoring all others. Clients were naturally concerned about their portfolios but that was not too much of a problem as we have a good relationship with them. The main problem was the lack of empathy or understanding of the regulator who decided to just do their usual trick of sending out a questionnaire - as if we weren't busy enough.”

More in this category: « Access to advice a concern for Pension Freedoms Savers resist urge to raid pensions during lockdown »
back to top