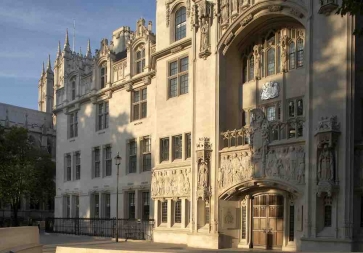 Industry experts have welcomed a Supreme Court judgment today on the long-running Stavely case which found that there was no IHT liability when a pension transfer was made for reasons of ill health.

Judges decided on a case involving HMRC seeking inheritance tax when a pension was transferred by a terminally ill woman, Mrs Staveley.

During her marriage, Mrs Staveley and her husband set up a company. She had a pension fund with the company’s occupational scheme, and this fund was then transferred to another pension scheme for her when she and her husband divorced.

In December 2006, Mrs Staveley died. Shortly before her death, she transferred funds from the pension scheme into a personal pension plan with the  transfer motivated, the court heard, by her desire to ensure that her ex-husband did not benefit from the return to the company of any surplus in the fund.

She did not take any pension benefits during her lifetime and, in those circumstances, a death benefit was payable under the personal pension plan. Mrs Staveley nominated her two sons as beneficiaries of the death benefit, subject to the discretion of the pension scheme administrator.

After her death, the death benefit was paid to them but HMRC determined that inheritance tax was due on the death benefit, on the basis that both the transfer of funds from the pension scheme into the personal pension and Mrs Staveley’s omission to draw any benefits from the plan before her death, were lifetime transfers of value within section 3 of the Inheritance Tax Act 1984.

The Supreme Court judges ruled by a majority, however, that Mrs Stavely had not intended to avoid IHT and the sons were primarily beneficiaries of her pension.

Clare Moffat, head of intermediary development and technical at Royal London, said: “The Supreme Court decision in the Staveley case has clarified that intention is crucial when a pension transfer or switch is made in terminal ill health.

“Where there is an intention to give benefits which didn’t exist before, such as a DB to DC transfer, it will be subject to IHT. But a discretionary DC to DC switch may be completed without worry of IHT if it is for genuine commercial reasons and the beneficiaries on the expression of wish form stay the same. As always, financial advice is key.”

Jessica List, pension technical manager at Curtis Banks, said: “The judgments have changed at every stage, and even in this final ruling the judges were not in complete agreement, showing what a highly contentious issue this has been.

“It’s hugely reassuring for the industry that the transfer itself has been found not to create an IHT liability, for reasons which would seem to set a precedent for other similar cases.”

More in this category: « Transact tightens rules on £30k+ pension transfers 55,000 CTF accounts set to mature each month »
back to top