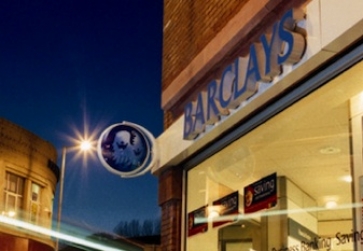 Reports of investment scams rose 49% to a record high in July at banking giant Barclays, the highest ever number recorded.

Barclays said was an increase of 66% in financial scams they have seen reported in the first six months of the year.

The sudden rise in reports of investment scams in July may be because victims often take longer to realise they are a victim than for other types of financial scam. Barclays said many could have been waiting for confirmation of an investment which never materialised, meaning they did not realise until later on that they had been a victim of a scam.

Barclays highlighted the tactic of scam artists to post as genuine investment firms. It said fraudsters intercept emails from legitimate firms without the victim realising, or create websites that mimic the real ones.

Several Financial Planning firms have been targeted by fraudsters cloning their websites including Chase de Vere, Quilter, Boosst and Smith & Williamson. The FCA issued 400% more clone and scam firm warnings in 2019 than in 2015.

Scams relating to bitcoin and cryptocurrency were increasingly popular and challenging to regulate according to the bank.

The Pensions Regulator, The FCA and The Money and Pensions Service urged savers to keep calm to help avoid falling victim of investment scams during the Coronavirus pandemic in a statement issued in April. They said fears over the impact of the pandemic on markets and personal finances are making savers more vulnerable to scams or rushed decisions that could “damage their long-term interests.”

Barclays recommended people check the FCA register to avoid becoming a victim of an investment scam. The FCA updated the register in July. The previous register version had been criticised as hard to read and dated in style.

Barclays head of fraud Jim Winters said: “You should never feel pressured into make a decision on the spot – banks, the police and investment companies will not expect large payments to be made instantly.

“If you feel threatened, or an opportunity sounds too good to be true, give yourself time to look into the person you’ve been speaking to, the website you’ve been browsing, or the company that’s been calling you. When researching investment opportunities, for example, ensure that the website is genuine, as it could be a cloned page.”

More in this category: « 55,000 CTF accounts set to mature each month Pros and Cons of employee ownership for Financial Planners »
back to top