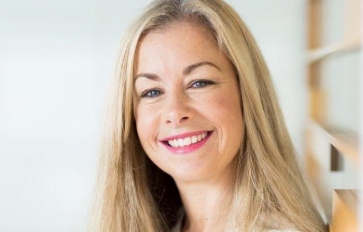 Nearly half of financial advisers have reported losing a female client after their partner has died.

According to Fidelity’s Unlocking the Power of Advice report the reasons for ending the relationship varied.

Some 45% of female clients wanted to choose their own financial adviser and 40% of IFAs surveyed said that their female client preferred an adviser of a different sex.

Cost was also an issue for some female clients, according to 38% of IFAs.

Fidelity International’s report found it was more common for the man in a heterosexual partnership to “look after the finances.”

This would mean that the woman would not necessarily have formed a relationship with the adviser before their partner’s death, the report found.

The finding suggested that as women became more empowered financially and start to benefit from financial advice from a younger age this attrition rate would drop naturally.

However, more needs to be done to attract young women to financial advice, said Fidelity.

One finding from the report was that young men were twice as likely to seek support from a financial adviser (21%) compared to young women (12%).

Jackie Boylan, head of Fidelity FundsNetwork, sad: “The days where the man looked after the household’s finances have largely past, but there’s still a discrepancy when it comes to financial advice. Financial advisers need to be engaging with both partners in a couple when discussing the household wealth to ensure both feel informed and valued.

“Financial advice could play a significant role in helping more women get invested but currently too many feel like advice is ‘not for them’. Fidelity’s latest Women and Money Innovation Lab, which brought together experts from the industry, media and policy, discussed how to encourage more women to receive financial advice.

“Rebranding financial advice was a key takeaway, with attendees pointing out that a woman’s goals for advice may be different to a man’s. Easier said than done but looking at how we talk about advice is an important factor here.”

• Fidelity International surveyed 406 IFAs on the topic of women and financial advice. Fieldwork was carried out by Censuswide in February.

More in this category: « 250+ Financial Planners launch levy fightback 7IM reports pre-tax profit up 15% as AUM grows »
back to top