One in twenty workers short-changed on pensions 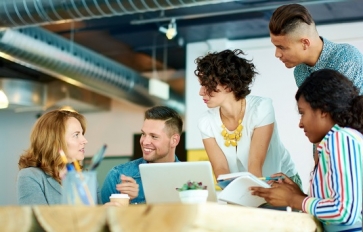 One-in-twenty workers are being ‘under-enrolled’ in company pension schemes by receiving less than the minimum legal contributions, or no contributions at all, according to new research.

‘Under-enrolment’ was particularly acute among agency staff and minimum-wage workers according to the research from think tank Resolution Foundation.

While 2.9% of permanent employees have not been enrolled, according to the report, this rises to 10.5% among agency workers, 7.4% among temporary workers and 8.6% among workers earning within 5p of the National Living Wage.

The report said that more than 800,000 workers overall are currently ‘under-enrolled’, either by not being enrolled at all (3.1% of employees), or by receiving less than the legal minimum contributions (up to 1.7% of those who have been enrolled).

The think tank said that compliance activity, led by The Pension Regulator (TPR), has been relatively light-touch to date, with fines used only sparingly, “creating little hard financial incentive for firms to comply.”

It has called on TPR to extent their compliance activity and collaborate more with other enforcement bodies such as HMRC. According to the think tank, this should include proactively targeting sectors of the economy where non-compliance is most common. The report warned that the weakness of the labour market in the wake of the current crisis risks could lead to greater non-compliance.

According to the report, non-enrolment is also particularly common in low-paying sectors, such as admin and support services (6.9%), agriculture (4.7%), and hotels and restaurants (5.7%). In these sectors where, even of those who have been enrolled, 3.1% were not receiving the pension contributions they are legally entitled to.

Hannah Slaughter, economist at the Resolution Foundation, said: “The auto-enrolment of ten million workers into company schemes since 2012 has been both a huge policy success, and a major boost to the retirement incomes of millions of households.

“But while the focus of auto-enrolment has now turned to raising contributions and extending eligibility rules, policy makers need to add a third issue to the debate – tackling ‘under-enrolment’ where workers receive less than the legal minimum contributions, or no contributions at all.

“Around 800,000 workers across the economy are currently ‘under-enrolled’, and the problem is particularly acute among agency workers and those on the minimum wage, where around one-in-ten workers are not getting the pensions they deserve.

“Now is the time for The Pensions Regulator to step up its enforcement – supported by greater resources – as part of a wider agenda for the Government to make Britain’s post-Covid labour market are better environment for workers, and a far tougher one for the small minority of firms that break the law.”

More in this category: « FNZ bites back at CMA over GBST merger block Over-65s property wealth reaches £1.124tn »
back to top