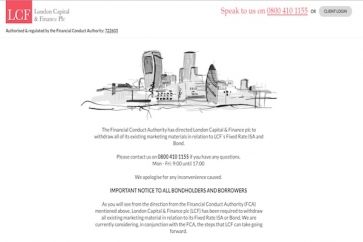 The Financial Services Compensation Scheme has paid out just over £20m in compensation to LCF customers, close to a 50% increase since last month.

The FSCS has now issued 1,295 decisions as they work to pay customers as quickly as possible but increasing the size of the team handling the LCF case by 80%.

The body said in its most recent update that it does not now expect the complete the process before the end of December due to “the amount of data we need to review”. The original deadline for handling the claims was September 2020.

This is despite the fact that many LCF investors’ claims are likely to be rejected as outside the FSCS remit. A number of legal cases are already under way.

Financial Planners have been outraged in recent months by soaring levies and PI bills.

The group has been launched via LinkedIn to “unite the profession” and tackle a wide range of threats and challenges including rising bills.