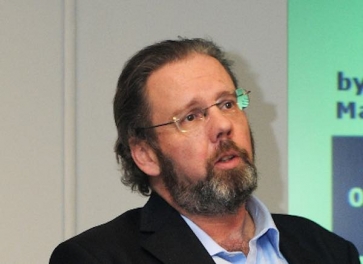 Ian Taylor, one of the founders of Transact and a former chief executive, is to step down as an executive director of the platform’s parent in February as he heads for retirement.

In a 20 year career at Integrafin and Transact he helped set up and expand the platform, one of the first UK wrap platforms and one which has forged close links with the Financial Planning profession.

Mr Taylor was one of the team that steered Transact’s parent to a stock market flotation in February 2019 which valued the group at £650m.

Transact has been a regular exhibitor and supporter of UK Financial Planning events for many years and Mr Taylor has been a keynote speaker.

He co-founded the group that operates the Transact wrap platform in April 1999 and was executive director and general manager until April 2002 when he became chief executive.

Mr Scott, chief executive of IHP, said: “We would like to thank Ian for his contribution to the company and to Transact. Transact has transformed the way people invest with advice and Ian has been a key driver of that. He will be sadly missed and we wish him a very happy retirement.”

Mr Taylor said: “I have very much enjoyed my time at Transact. The financial services industry has changed a great deal since we started the company in 1999 and I believe we have made things much better for Mrs Miggins. I have made many good friends at the company and beyond and I shall remain very interested in the business after I have gone.”