LEBC chief exec stands down due to illness 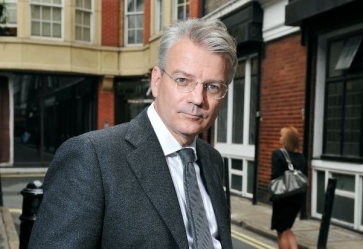 LEBC chief executive Jack McVitie has stood down temporarily due to illness and is currently undergoing medical treatment.

Mr McVitie, a Chartered Financial Planner, will be taking time off from the retirement adviser to aid his recovery with senior colleagues sharing his duties until he returns.

The FCA has been informed and the company has requested his senior manager function is temporarily suspended while he undergoes treatment and takes time off.

The board of LEBC holdings has sent best wishes to Mr McVitie for a “speedy recovery.”

The company has not disclosed the nature of the illness but has said Mr McVitie is receiving medical treatment at present and has been advised by doctors to take time off to aid his recovery.

In February the company said it was in “buoyant mood” despite making a financial year loss of £401,000 last year and having to withdraw from DB transfer advice.

In the financial year to September 2019 the company saw turnover drop from £20.5m to £16.9m, blaming Brexit uncertainty for much of the decline, according to annual accounts.

The company made a profit of £3.5m the previous year but a downturn in turnover, along with exceptional costs of nearly £700,000, pushed it into the red last year.

Recently the firm has been recruiting once more and is investing in greater use of digital services including a ‘Bionic’ advice operation incorporating human and robo advice.