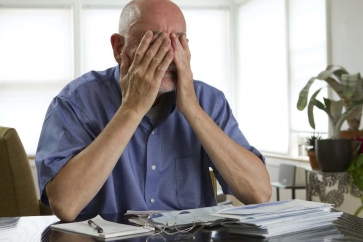 Jon Greer, head of retirement policy at Quilter, has called on the Government to reform the pensions triple lock, saying that retaining it in its current form is not an option.

Quilter says the Government must break its election pledge to maintain the triple lock.

The wealth manager and Financial Planner was responding to the latest briefing note from the Pensions Policy Institute that said potential spikes in earnings inflation in 2021 could mean that both a double and a triple lock would significantly increase the cost of the state pension next year.

Jon Greer, head of retirement policy at Quilter, said: "The triple lock has worked well in reversing the relative decline in the state pension so that it has made up much of the ground it had lost relative to earnings during the 1980s and 1990s.

"However, once the furlough scheme ends later this year and if wages recover, the current triple lock will provide a considerable boost to the level of state pension at a time when many are out of work and the government struggles to control the deficit. This is untenable both in terms of its fiscal sustainability and intergenerational fairness.

"Despite a pledge to maintain the triple lock in his government's election manifesto, there needs to be flexibility in the short term to prevent any artificial increase in the state pension. This short-term quirk in the system could mean that the triple lock is high on the Chancellor's list of fiscal changes when he sets out his recovery Budget in November.

"A long-term solution is required to recalibrate state pension incomes if the triple lock is to be removed. This could include proposals to replace the triple lock with a 'smoothed earnings link' to provide a link to long-term wages while offering protection in periods of high inflation.

"It is one of a range of options for uprating the state pension sustainably over time. However, it is dependent upon determining a fair level at which to set state pension incomes as proportion of earnings. Maintaining the triple lock in its current form is simply not an option.