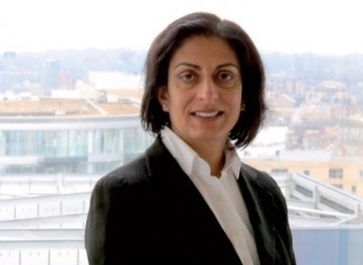 The Financial Conduct Authority, the Prudential Regulation Authority and the Bank of England have appointed FOS independent assessor Amerdeep Somal as Complaints Commissioner.

The Commissioner oversees the final stage of complaints about the FCA, PRA and the Bank and is independent of the regulatory bodies.

Christopher Woolard, interim chief executive of the FCA, said: “We are pleased to see Amerdeep appointed to the role of Complaints Commissioner and we look forward to working with her.

‘We would also like to thank Antony Townsend for his dedication and commitment over the last six years.’

Ms Somal said: “I am delighted to be appointed to this important role.

“The Complaints Commissioner plays a critical role – not only in providing people who are unhappy with the financial regulators with recourse to an independent review but also in helping them focus more widely on where they could improve the experience of all their customers.

“I will ensure these important institutions are held accountable and open to rigorous scrutiny.”

Before taking her role, she will step down from positions as the independent assessor of the Financial Ombudsman Service, a council member on the General Medical Council, and as a senior independent panel member for public appointments at the Cabinet Office.

She will retain her positions as a judge of the Asylum and Immigration Tribunal and as Chief Commissioner at the Data and Marketing Commission.

The FCA, PRA and the Bank last month launched a joint consultation on the Financial Regulators’ Complaints Scheme.

More in this category: « Copia Wealth Management goes into liquidation Transact latest platform to accept digital signatures »
back to top