Register for Financial Planning Today website for FREE to view more stories and get our daily newsletters. Click on 2 stories to see Registration pop up.
Monday, 14 September 2020 09:47 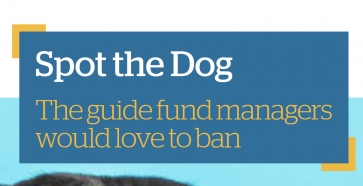 Bestinvest’s annual Spot the Dog report has named and shamed a record 150 investment funds that have performed dismally over the past three years - a 65% increase from the 91 funds in the last report and the highest number on record.

The online investment provider called the tally “staggering” although admitted the impact of the Covid-19 stock market slump was a factor.

Invesco retains the Top Dog spot for the fifth time with 13 funds totalling £11.4 billion in assets.

Bestinvest says 2020 has so far proved a volatile year for investors in the wake of the Coronavirus pandemic. While markets have bounced back off their lowest point most investors are still seeing steep losses since the start of the year.

Bestinvest says it acknowledges that even the best fund managers “struggled” to hold back the tide of the Covid-19 crash but points out that there have been big disparities in performance between the best and the worst performing funds.

To be a ‘dog fund’ a fund must have met two performance criteria: firstly, it must have delivered a worse return than the market it invests in for three consecutive 12-month periods and, secondly, it must have also underperformed that market by more than 5%, after fees, over the entire three year period under review.

The latest report sees 150 funds with a total value of £54.4 billion meet the criteria, a big increase on the 91 funds identified in the previous report published in February 2020.

While many are relatively small some 18 funds are classified by Bestinvest as ‘Great Danes’, each of which has over £1 billion of assets. These include funds managed by groups such as Invesco, St. James’s Place, Artemis, M&G and Fidelity (see table below). 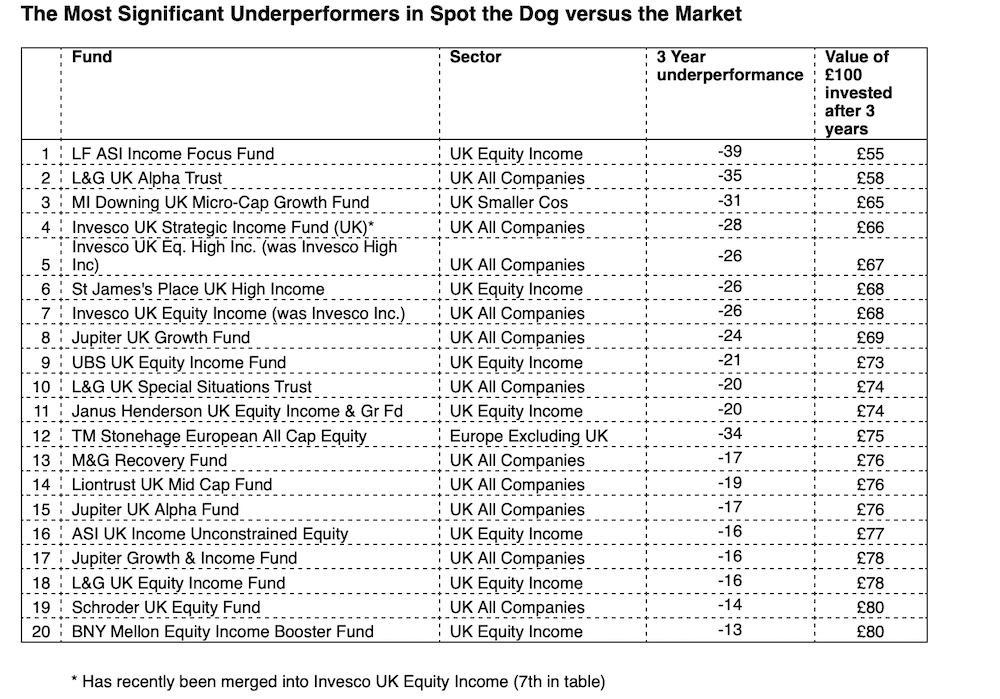 Jason Hollands, managing director at Bestinvest, said: “Markets have given investors a rollercoaster ride this year. The Covid crash between late February and the end of March was very rapid but the rebound in stock markets since then has been impressive.

“However, look beneath the bonnet and there have been big disparities in performance across industry sectors. The relative winners have been areas like technology, online stocks and consumer staples companies, but at the other end of the spectrum major sectors like energy and financials have been hit really hard.”

• The ‘Spot the Dog’ report can be downloaded here: www.bestinvest.co.uk/spot-the-dog

More in this category: « Share Centre CEO exits after takeover by rival Chartered Planner takes senior role at Close Bros AM »
back to top