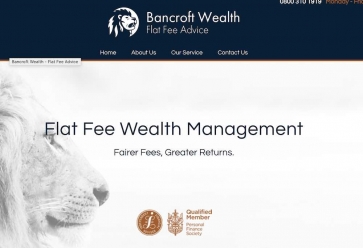 Men are six times more likely than women to believe their investments will return to their pre-pandemic values within 12 months, according to new research.

One in ten men had been in contact with a financial adviser during the pandemic. whereas only one in twenty women had.

According to the survey from flat fee wealth manager Bancroft Wealth, 11% of women thought it would take at least 10 years to recoup the losses they have sustained due to the Coronavirus pandemic in comparison to 7% of men.

While half of men had done nothing to review their investments since the start of pandemic, this rose to almost two thirds of women.

Keir Ashman, pensions and investments specialist at Bancroft Wealth, said, “These are unprecedented times for everyone, and intangible things like ‘the market’ are not immune from the devastating effects that the pandemic continues to cause.

“With any long-term financial plan, the relationship between risk and reward is well-known. But ‘risk’ can be relative, and planning for uncertainty wherever possible is prudent. From our research, however, it’s apparent that investors aren’t taking much action - and most worrying of all, very few are talking to a qualified financial adviser."