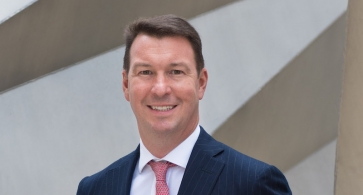 Mr Conway has worked for James Hay for the past seven years.

James Hay’s parent was acquired last year by private equity firm Epiris in a deal worth about £200m.

Mr Rowney worked for 13 years at LV= and prior to becoming CEO led the Life and Pensions division at LV=.

James Hay’s chairman Mark Dearsley, said: “I would like to thank Alastair for leading the business over the last seven years, especially for steering it through change of ownership last year and the recent separation from Saunderson House. We wish him well for the future.

“We are delighted to have attracted a new leader of Richard’s calibre who has such strong strategic, operational and integration experience. Richard shares our ambition for the business and this is the right time for him to take the reins and drive James Hay through its next stage of growth.”

Mr Rowney said: “The advisory platform sector is set to be dominated by scale players who truly understand retirement planning, but who also have an unwavering commitment to supporting advisers.

“With its heritage and technical know-how, along with the right strategy and investment, James Hay has real potential to challenge the status quo. I’m therefore delighted to be joining the business and working with the team to ensure it achieves that potential.”

James Hay looks after 58,000 clients and £26bn in pension and investment savings. It claims to be one of the first SIPP providers in the UK and provides a range of retirement planning products including the Modular iPlan, ISAs and General Investment Accounts as well as a platform.