Pensioners owed up to £25k in GMP equalisation 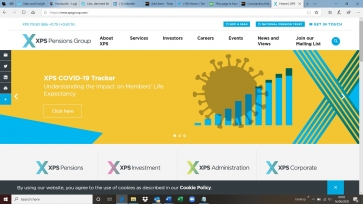 Defined benefit pension scheme members could still be waiting to receive payments as much as £25,000 following the Guaranteed Minimum Pensions (GMP) Equalisations judgement in October 2018, according to a pensions consultancy.

According to the XPS Pensions Group, if its own DB pensions data was replicated across the industry, between 1.25m and 1.5m pensions may be owed some form of back payment.

The average age of potential claimants is 80.

GMP equalisation affects most defined benefit pension schemes in the UK with industry estimates that 5 million people may be impacted.

GMPs were built up by members in occupational pension schemes in the 1980s and 1990s. The 2018 judgment clarified that benefits earned needed amending to ensure that men and women are treated equally. Schemes and employers were made responsible for redistributing funds.

Vicky Mullins, GMP equalisation lead at XPS Pensions, said: “We are seeing a tendency to push GMP equalisation into the long grass, but this is untenable given the average age of those owed money, and the not insignificant amounts of money owed.

“There is no reason why pension schemes cannot move forwards with GMP equalisation now. It is not as complicated as it first appears if you avoid getting bogged down in data. It is incredibly important that members receive the money they are entitled to, particularly at this difficult economic time where older pensioners may have significant need for income.”

More in this category: « Men and women engage differently with Planners - survey New entrant to IFA Professional Indemnity market »
back to top