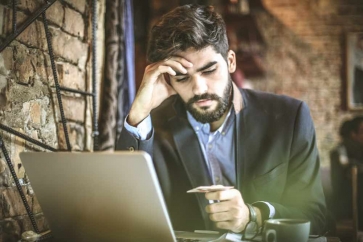 Loss of income can be devastating

Over half (54%) of UK adults consider income protection unimportant, according to new research.

Of the 2,212 surveyed by mutual Shepherds Friendly a further 12% did not understand the value of income protection.

More people thought they could rely on the Government with 20% trusting the state to help if they lose their income.

This may be in part due to the Government furlough scheme which ends at the end of October. Yesterday it was announced by the Chancellor that this scheme will be replaced by the Winter Jobs Support Scheme which is see workers get up to 77% of their normal salaries for six months.

Nearly three million workers, 12% of the UK's workforce, are currently on partial or full furlough, according to Government figures.

Four in ten (38%) of those surveyed said they could find enough money to finance their current lifestyle for up to three months. Just over one in ten (12%) could only last for a month, and 9% had no savings at all.

Just under half (47%) of young people aged between 18 and 24 said their parents were their finance safety net if they were to lose their income.

Ann-Marie O’Dea, chief executive at Shepherds Friendly, said: “The consequences of Covid-19 mean it’s never been more essential for people to understand the importance of protecting their income. Our research findings are concerning not only because they reveal that many people are walking a tightrope when it comes to their savings, but also because they show the extent to which people don’t realise how income protection can provide support through the type of challenging situation we’re all finding ourselves in now.

“Advisers, intermediaries and providers need to work together to educate people about the importance of protecting their income and demonstrate the crucial role income protection plays in protecting thousands of families and individuals against financial loss each year.”

The research was carried out online by YouGov on behalf of Shepherds Friendly between 6 and 7 August 2020, among a representative sample of 2,212 UK adults.