1 in 5 CI claims due to breast cancer - Aegon 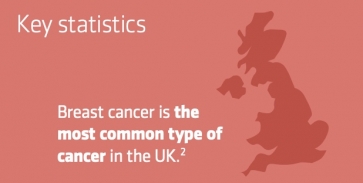 Aegon has revealed that 1 in 5 of its Critical Illness claims in 2019 were due to breast cancer.

The provider has released the data as Breast Cancer Awareness month gets under way this month (October).

• Only 21% of people were are confident that they could financially handle a major unexpected expense.

Aegon said the figures on breast cancer claims in 2019 highlighted the lack of confidence among women to handle a major unexpected expense.

Cancer made up 60% of all CI claims Aegon received in 2019 and breast cancer on its own accounted for 34% of cancer claims – the biggest single cause for a customer to claim on their Aegon CI policy.

Simon Jacobs, head of underwriting and claims strategy at Aegon UK said: “For several years now, breast cancer has been the biggest single cause of critical illness claims at Aegon and 2019 was no different.

“Last year we provided financial support to customers diagnosed with breast cancer, paying £7.7 million in critical illness claims to help them through their diagnosis and treatment. It’s well known that early detection and better treatment means that survival rates after a breast cancer diagnosis are improving.

“What people often don’t realise is that being treated for, or living with, breast cancer comes with hidden additional costs, such as travel for treatment, hospital car parking, additional childcare and replacement clothing in some cases. Time off work leading to lower income or no income is only part of the financial impact.”

Financial wellbeing research from Aegon UK found that fewer women (21%) than men (30%) were confident that they could financially handle a major unexpected expense.