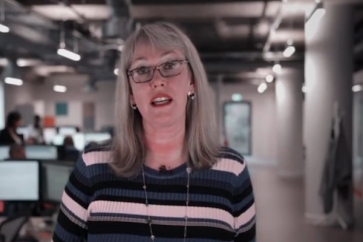 AJ Bell senior technical consultant Rachel Vahey told the Work and Pensions Committee that the evolving nature of scams and the impact they are having on society means that greater Parliamentary focus is required.

She said policymakers should adopt a range of responses, similar to the ‘fire triangle’, in the battle against fraud.

Ms Vahey also told Financial Planning Today that Financial Planners have an important role to play in the prevention of fraud and should champion the call for a minister for tackling scams.

She said: “Pension scams – and wider investment scams – is an issue that touches all of society. Creating an over-arching role within Parliament, responsible for tackling this problem, would be a positive step forward.

“Financial Planners play an important role in this. They are close to people and often have the misery of watching their clients’ – and their families’ – hard-earned wealth disappear into scammers’ hands.

“By all areas of financial services working together we can raise the profile of this within the industry and in wider society, and promote solutions to Government which can reduce the number of scams.”

Losses to investment scams rose by 27% to £55.2m in the first half of 2020 according to UK Finance, the largest increase of any scam type.

Ms Vahey said: “The Work and Pensions Committee is looking at the issue of pension scams in the context of Pension Freedoms and now, more than ever, it’s important we develop further action.

“The financial uncertainty created by the Covid outbreak is like blood in the water for scammers; millions of people face the prospect of unemployment, losing their main source of income and staring down the barrel of serious financial hardship. Such turmoil will inevitably see more people targeted by scammers, with their hard-earned – and sizeable – retirement pots likely to be a prime focus.

“This is wider, however, than just pension scams. This extends to investment and other financial scams. Pension Freedoms allow someone to encash their entire pension pot. What they do with it after that – how they invest or spend it – is up to them. Pension schemes cannot keep tabs on that.

“We need as a society to take scams more seriously; to put our money where our mouth is. Creating an overarching role in Parliament – such as a Minister for Scam Prevention whose sole focus is stopping the ever-growing swell of scams – could be an effective way to help people protect their hard-earned wealth.”

“Similar to the fire triangle - where you need heat, fuel and oxygen for a fire to burn – there are three elements we need to stop scams.

“We need to raise awareness so that people are tuned into the threats of scams, and their implications. We need tougher penalties and consequences for scammers, so that the downside or risk of their action is a serious deterrent. And finally, we need to enable pension schemes to take the right action to stop scammers where possible.

“In our response to the Work and Pensions Committee’s inquiry we set out several ways Government and regulators can take the fight to pension scammers.

“These include broadening the cold-calling ban to cover not only social media and emails, but also factory gating where lead generators meet prospective clients in person.

More in this category: « Hargreaves Lansdown benefits from NS&I rate cut Whitman AM appoints Le Flufy as new chief exec »
back to top