HL adds ex-Liontrust AM chair to board 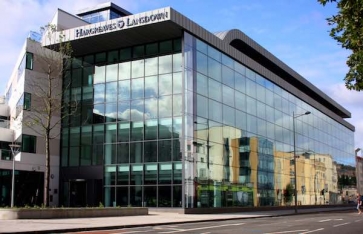 Former Liontrust Asset Management Chairman Adrian Collins has been appointed as a non-executive director (NED) at Hargreaves Lansdown following a renegotiation with Peter Hargreaves allowing him to nominate a NED to the board.

Mr Collins was Chairman of Liontrust from 2009 to 2019. Previous senior roles include at Gartmore, Jupiter, Bestinvest, and co-founding Trustnet.

He will seek election by Hargreaves Lansdown’s shareholders at the Annual General Meeting in 2021.

He does not own shares in the Bristol-based wealth manager and investment provider.

As co-founder of Hargreaves Lansdown its largest shareholder, the renegotiated terms mean that Peter Hargreaves will have the right to nominate one NED to the board for so long as he holds at least 10% of the company’s voting rights.

Deanna Oppenheimer, Chair of Hargreaves Lansdown, said: "I'm delighted to welcome Adrian to the board and look forward to working with him going forward. Adrian's presence on the board will provide an avenue to harness Peter's wealth of experience, while also allowing us to benefit from Adrian's considerable expertise in the fund management industry. The board is focused on maintaining the highest standards of corporate governance as reflected in the recent appointments of John Troiano, Andrea Blance and Moni Mannings."

More in this category: « Planners lose confidence in ability to secure PI cover Transact Funds Under Direction grow 8.7% »
back to top