Only 4% would opt-out of ‘auto-enrolled’ pension guidance 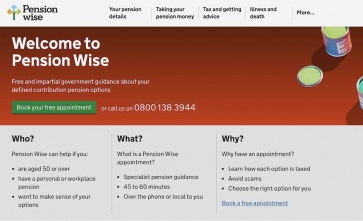 Only 4% of pension savers would opt out of free pension guidance if they were ‘auto-enrolled.’

According to research for Just Group only 4% of 45 to 54-year-olds said they would opt out of a pre-booked guidance session.

Currently only around 14% take advice before accessing pension benefits.

He said: “The Financial Conduct Authority is currently considering how to increase take up of the free, independent and impartial guidance which pension savers are entitled to.”

“At present, it is perceived as an extra hoop to jump through before they can get at their cash, so it’s not surprising that many decide not to opt in and instead follow the path of least resistance. However, this leaves them exposed to the dangers of uninformed decision-making and scams.”

He said that Just’s new research found that most people recognise that guidance could be valuable. He believes  key groups who currently miss out would use the service if they were automatically opted-in to receiving guidance.

He said: “Our research is evidence that introducing pre-booked appointments will transform guidance take-up to the level required to equip the vast majority of savers to make better decisions and safeguard them from scams.”

“If the guidance is part of the normal process for accessing pension benefits, very few will opt out. Among those aged 55+ who had already taken benefits from a DC pension, fewer than one in 10 would have opted out if the appointment had been pre-booked.”

“This would emulate the success of workplace pension rules where employees are automatically-enrolled into the scheme unless they choose to opt out.”

Research for Just was conducted by Opinium between 3 and 10 August with 1,000 people aged 55+ who have already accessed a DC pension.

More in this category: « FCA censures Aviva for misleading investors  deVere bites back at Farage IFA attacks »
back to top