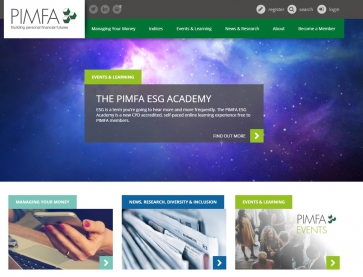 Wealth management and financial advice trade body PIMFA has called on the Government to tighten the rules on the promotion of unregulated financial promotions.

The trade body has previously raised concerns about the issue and its impact on the industry and consumers alike.

It said that by making the approval of financial promotions a regulated activity, the Government would be empowering the regulator and enabling it to take enforcement action on firms that approved unsuitable investments without the necessary expertise or due diligence.

In its response PIMFA also said that it would encourage firms to consider their own practices, potentially addressing the trade body’s concerns about the standard of regulatory supervision as well as the capacity of the regulator.

It said the issue is particularly salient in the current era of ultra-low interest rates and financial anxiety many are suffering due to the pandemic, as a proportion of consumers will be attracted by investments that purport to offer returns far in excess of the rest of the market.

Consumers are told such investments are low risk, while offering high returns. The products are also not always marketed to sophisticated or high-net-worth investors and are often marketed to those on lower incomes or inexperienced savers.

Simon Harrington, senior policy adviser at PIMFA, said: “Given the potential for harm for consumers, and the cost that then falls onto firms in funding the FSCS, we believe that it is right that a gateway is introduced for the approval of financial promotions.

“However, as a result of the experience of many of PIMFA’s member firms of being regulated, we retain very little confidence that the level of regulatory oversight required in supervising the authorisation of financial promotions will be sufficient to prevent a reproduction of the current regime which, as the Treasury quite rightly notes is not sufficient and conducive to consumer harm.’

“Making the approval of financial promotions a regulated activity would mean the FCA could take enforcement action against those firms that approve unsuitable investments without having the necessary expertise to do so.

"This will improve the market; reduce consumer harm and ultimately reduce calls on the Compensation Scheme where rising levies over the last five years have become unsustainable for PIMFA members. This is an easy win for all parties involved and we are urging them to grasp this opportunity.”

More in this category: « deVere bites back at Farage IFA attacks Fairstone adds £150m FUM with Essex IFA deal »
back to top