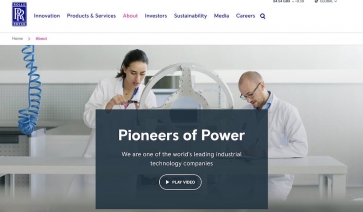 Two watchdogs and the MAPS government money advice service have intervened after an apparent surge in pension transfer requests made on behalf of Rolls Royce workers facing redundancy.

The FCA, The Pensions Regulator and the Money and Pensions Service issued a joint statement today on the Rolls-Royce defined-benefit pensions scheme.

The FCA has asked a number of financial advisers to supply data on their advice to customers about transferring out of the Rolls-Royce defined benefit (DB) pension scheme.

The regulator was criticised in the past for failing to act quickly enough in the British Steel Pension Scheme debacle where a number of financial advisers targeted members, encouraging them transfer away, often to unsuitable alternatives.

The FCA, the Pensions Regulator (TPR) and the Money and Pensions Service (MaPS) have also been in discussions with with Rolls-Royce and the scheme’s trustees “in order to be vigilant against the risks associated with increased transfer requests as a consequence of redundancies.”

The FCA says all advisers should be clear on its expectations when offering advice to members of the scheme.

The regulator says where it sees unsuitable advice, or bad practice, it will take action.

The TPR is also working closely with the trustee in its role to protect savers.

The FCA, TPR and MaPS have said jointly that they believe transferring out of a DB pension scheme is unlikely to be in the best interests of most consumers.

Any scheme members looking for impartial guidance, or thinking of transferring out, can contact The Pensions Advisory Service, part of MAPS, on 0800 011 3797 before taking any further action.