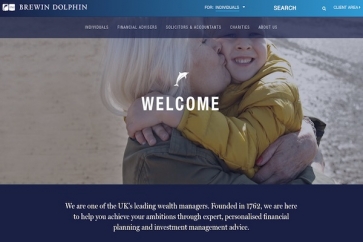 Toby Strauss has been appointed as the next chairman of wealth manager and Financial Planner Brewin Dolphin when Simon Miller steps down in February 2021.

Mr Strauss has held non-executive and senior positions across a range of insurance and pensions businesses. He is currently a non-executive director of Legal & General, as well as chairman of Pacific Life Re.

Mr Strauss was previously the group director for insurance at Lloyds Banking Group, and was CEO of Aviva's UK life and pension businesses.

His private client experience includes having been CEO of John Scott & Partners (which acquired Towry Law and subsequently became part of Tilney) and managing director of Charcol.

Mr Miller joined the Brewin Dolphin Board in 2005 and has been chairman since 2013.

He said: "It has been a privilege to be part of Brewin Dolphin for over 15 years and to serve as chairman for the last eight. Toby will be joining an excellent team, and I wish him, the board and the business all continued success."

Mr Strauss said: "I am very much looking forward to returning to the world of private clients, to joining my new colleagues at Brewin Dolphin, and to supporting them in achieving long-term success for the company and in creating shareholder value."

More in this category: « Ex-Skandia CEO launches IFA consolidator Women need to work past 100 to match male pensions »
back to top