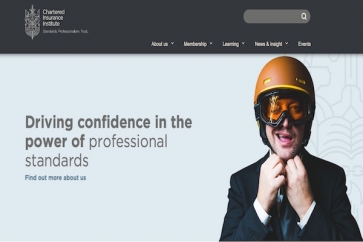 The Chartered Insurance Institute is to end ‘gap-filling’ as an option for financial advisers applying for a Statement of Professional Standing from the end of August 2021.

The gap-filling option was allowed as a transitional arrangement when the SPS rules were introduced in 2013 but are now “outdated”, the CII says.

Under FCA rules, to practice as a retail investment adviser, an individual must have a Statement of Professional Standing issued by a recognised professional body.

A Statement of Professional Standing confirms that the adviser has the minimum Level 4 qualifications needed to achieve competence under the FCA’s Retail Distribution Review rules introduced in 2013.

When the RDR requirements were introduced, the FCA allowed advisers to use existing Level 4 qualifications and for any gaps between existing and new exams to be filled with Continuing Professional Development.

Until now the CII has awarded a Statement of Professional Standing to individuals who had a qualification “close to the FCA’s requirement” for investment advisers provided they then went through the gap-fill CPD process established during the RDR.

However, a recent CII review has found that the qualifications allowed under the gap-fill rules are beginning to be “outdated” so the professional body has decided it is now in the interests of consumers to end this option.

Keith Richards, chief executive of the Personal Finance Society, said: “The gap-filling option effectively managed risks to consumer harm, while enabling a fair transition to Retail Distribution Review qualification requirements for advisers who have, for example, been continuously absent from work.

“However, given the length of time that has elapsed since the introduction of the Retail Distribution Review it is now appropriate to end this transitional approach and apply appropriate standards of recognition of prior learning to professionals who have qualifications that do not fully meet the FCA’s criteria for advising on retail investment products.

“As a result, we will be ending the ‘gap-filling’ CPD process as a route for advisers to attain a Statement of Professional Standing from the end of August 2021.”