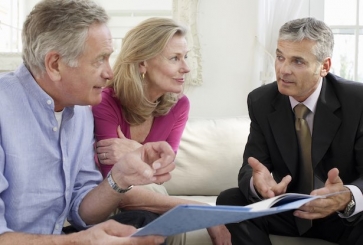 Professional connections referrals can be valuable

Financial advisers who seek referrals from solicitors and accountants have seen a surge in new client enquiries, according to new research.

According to a study by Octopus Investments advisers who “actively seek” professional connection referrals have seen a four-fold increase in the past year - although many are still missing out.

The research found only 56% of advisers were actively developing professional connections as part of their marketing strategy.

Octopus found “fundamental misconceptions” which prevent some advisers making the most of their connections.

The main barrier for advisers appears to be a mistaken belief that the other parties were not interested, with three in five (62%) advisers citing a ‘lack of appetite’ from accountants and solicitors.

A further 39% of advisers said they thought saturation was an issue, as accountants and solicitors are already working with enough advisers and consequently not interested in developing new connections.

However, the research found these to be misconceptions.

Only 1% of the accountants and solicitors polled said they had never referred a client to a financial adviser, while each professional said they have worked with an average of four to five advisers over the past two-years.

In addition, less than a third (29%) of accountants and solicitors surveyed said they already work with enough financial advisers.

For private client solicitors, the number one barrier stopping them from making referrals is that their clients have had a bad experience, with 40% citing this as an issue. Accountants said that protecting themselves from complaints was the second most important factor driving them to make referrals.

Octopus says that trust and reciprocity were key when building relationships with professional connections and clear agreements on any relationships. Octopus says it is important for advisers to recognise the level of trust solicitors are placing in them when making a referral.

Charlotte Fairhurst, strategic partnerships manager at Octopus Investments, which runs professional connection workshops, said: “There is a perception that accountants and solicitors either aren’t interested, or they already have a referral relationship in place and are not looking to take on more. Yet this research clearly shows there is still a huge opportunity to create new connections, in addition to the benefits for clients.”

The research found that developing new professional connections was more of a challenge with Covid-19, with 57% of advisers agreeing that it was harder to develop new relationships due to the pandemic. Eight in 10 (81%) advisers said they preferred to meet in person before making referrals.

• Research was conducted by Opinium and Opinion Matters in October among 200 financial advisers and 100 accountants and 100 private client solicitors.

More in this category: « 1 in 3 funds offer launch discounts of up to 47% FCA launches court action after investors lose £30m+ in UCIS »
back to top