Exclusive: FSCS clients being ripped off twice over 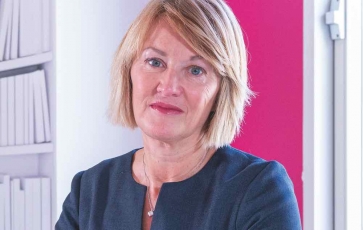 The FSCS has revealed that some compensated clients are losing their money a second time when they invest with another firm which also goes on to fail.

Some compensated victims invest their compensation money with an adviser or provider firm which also goes on to fail - the so-called ‘double disaster’ scenario.

This means a second call on the FSCS.

In an exclusive interview with Financial Planning Today magazine, FSCS chief executive Caroline Rainbird confirmed that some investment victims were losing out twice over, making a second bad choice after losing money with their first firm.

The emerging factor is one of the reasons behind the FSCS’s decision to recently launch a campaign to encourage more investors to ask questions about how their money is protected when they invest with a new firm.

She said: “Sadly, this is happening. Our ‘Consumer Questions’ approach is designed to help people ask the right questions about FSCS protection so that they make informed choices.”

She said one issue was that some compensated claimants were failing to ask how their money was protected when they invested again.

The FSCS ‘Understanding FSCS Protection’ campaign encourages investors to ask detailed questions about how their money is protected.

The news comes amid rising concern from Financial Planners about the escalating cost of the FSCS levy used to fund the compensation scheme. The levy is paid by regulated firms including financial advisers.

In its 2019/20 year the FSCS paid compensation of £527m to 258,000 people who had suffered losses from 874 failed financial services firms using levies from over 49,000 regulated firms and money recovered from failed firms.

In the interview, Ms Rainbird said she fully understood the concerns of many Financial Planners about the rising toll of the levy but gave no hint of early reform.

She said: “The industry is one of our key stakeholders and I am very aware of its concerns about the rising trends in compensation costs, the increasing levies and the impact this may have on levy payers.”

However the decision on how the levy is implemented is one for the FCA, she said.

She added: “The regulators set out the scope and structure of our funding arrangements in consultation with the industry, so we can’t unilaterally change anything.”

She said one of the major factors pushing up the levy was the surge in claims against Self-Invested Personal Pension (SIPP) operators and a rising trend of pensions-related claims.

There were also a rising number of claims from customers who have transferred from a defined benefit (DB) scheme into a private pension scheme.

She encouraged Financial Planners to take part in the FCA’s call for input on levy reform but she also added that a fundamental way to keep levy costs down was to improve outcomes for consumers.

She said: “Shifting the funding arrangements doesn’t go to the heart of the levy problem, which is that too many consumers are having bad outcomes."

In the wide-ranging interview she also covered the London Capital & Finance collapse, the British Steel Pension Scheme debacle and other key issues.