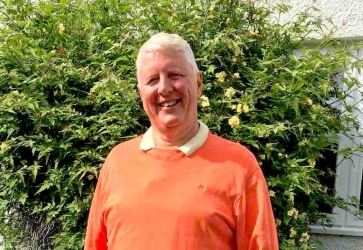 Nick Cann, the former chief executive of the Institute of Financial Planning and a stroke survivor, has contributed a chapter to a new book on men’s health and recovering from serious illness.

Mr Cann, 57, suffered a serious stroke seven years ago in his role as IFP CEO as he was speaking about careers in Financial Planning to a group of students.

He survived the stroke but continues to suffer from aphasia (difficulty with speech and language) and some ongoing symptoms including dyspraxia and atrial fibrillation (an irregular heartbeat).

Since his stroke he has worked hard to recover and has raised thousands for charity and received several awards including the British Empire Medal.

In a 5-page section of the book Mr Cann writes about his life since stroke and how he has tried to help other sufferers.

He describes his CEO role at the IFP, which merged with the CISI in 2015, as “the best job ever.”

He writes in the book: “Our lives were turned upside down 7 years ago when I was a guest speaker at Northampton University promoting Financial Planning to 50 students. Half way through, I suddenly collapsed and was rushed to Northampton hospital. I experienced a severe stroke. My wife rushed to hospital as soon as she heard and my children were mortified to see me lying on a hospital bed being told that I may never be able to speak again.

He then suffered a second stroke during his recovery, while swimming alone. He says he was lucky that there were people around who called for an ambulance.

Since his strokes he has continued to work on his recovery, has taken up singing (singing can be easier for aphasia sufferers than speaking) and is involved in many committees and local groups.

He and his wife Jo have also set up a campaign to improve the lives of others suffering from aphasia.

He writes: “More than 350,000 people in the UK have Aphasia, a disorder of language and communication. When I had a stroke, I didn’t feel like I had support for my recovery. I was therefore determined to help others in a similar situation.

“Jo and I set up the Phoenix Project Aphasia initiative lasting 3 years. The Phoenix Project’s aim was to work with stroke survivors and carers, across Monmouthshire, to increase confidence and independence and reduce social isolation with aphasia.

“The project received 58 people referrals which were then supported and became part of a community. The outcomes of this movement was an increase in communication, peer support opportunities and permitting stroke survivors to feel more confident and less socially isolated. We believe that the project made a significant impact for stroke survivors.” 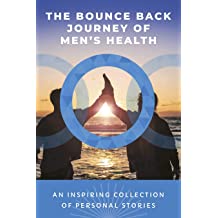 More in this category: « Ex-Quilter Chartered Planner joins Tilney Exeter Under 34s leading the way for seeking advice »
back to top