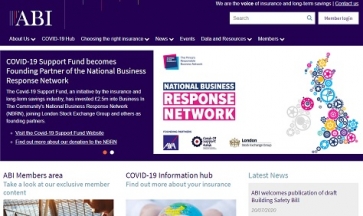 The number of pension withdrawals in August and September increase dramatically, according to new data.

The latest figures released by the Association of British Insurers (ABI) show the number of people accessing their pension as a flexible income has increased by 56% between April and September this year.

However, withdrawals of all types remained below 2019 levels.

Data from August and September showed withdrawal levels are getting closer to levels seen in 2019 but many pension savers are still resisting the urge to raid their pension pots in the face of continued financial uncertainty.

The Pensions Regulator (TPR) expressed concerns that the Coronavirus pandemic could be leading to people making hasty decisions about pension withdrawals.

Nicola Parish, executive director of frontline regulation at TPR, said: “We are concerned that the impact of Covid-19 on personal finances may result in savers making a hasty decision about their pension pots which could be damaging to their long-term interests and leave them vulnerable to scammers.”

She also urged providers, trustees and advisers to “publicly commit to safeguarding savers by joining our campaign and pledging to combat pensions scams.”

Ian Browne, retirement planning expert at Financial Planning group Quilter, said drawing on savings is going to be necessary for a lot of people at this stage of the pandemic.

He said: “As job losses start to bite, many people will find themselves needing to dip into their savings. For some people this will be a short-term fix while they search for a new role, while others that were already near pension age may bring forward their retirement date given the state of the job market.

“Crucial decisions like this need to be taken carefully, ideally with the help of a financial adviser. Drawing on savings is going to be necessary for a lot of people, and for those over the age of 55 it is an entirely valid option, but it is important they are fully aware of the long-term implications it may have on their financial plan.”