State Pension to rise by 2.5% in April 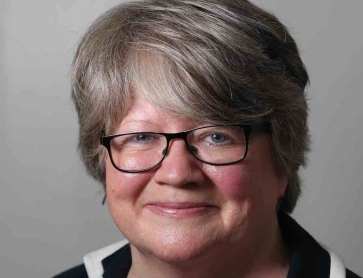 The State Pension will rise by 2.5% in April, the Government confirmed today.

Thérèse Coffey, the Secretary of State for Work and Pensions, confirmed the increase in a House of Commons statement.

The new rates will apply in the tax year 2021/22 and will come into effect for England and Wales from 12 April.

Although there has been no growth in earnings the triple lock means the increase will be 2.5% because the increase is set at the higher of three elements: inflation, average earnings growth or 2.5%.

The new State Pension will rise from £175.20 to £179.60 per week. The Standard Minimum Guarantee in Pension Credit will also increase by the same cash amount as the basic State Pension, rising by 1.9%.

All other benefits will be increased in line with CPI - which was 0.5% in the relevant reference period, Ms Coffey said. This includes working-age benefits, benefits to help with additional needs arising from disability, carers’ benefits, pensioner premiums in income-related benefits, Statutory Payments, and Additional State Pension.

All of the pensions and benefits will apply to Northern Ireland. Some are devolved to Scotland and the Scottish Government will legislate for its own changes.

The statutory annual review is separate from the temporary £20 per week uplift to Universal Credit and Working Tax Credit, which was announced by the Chancellor as a temporary measure in March.

A spokesman for Aegon said: ““State pensioners can breathe a sign of relief now the Government has confirmed they are honouring their pre-Election Manifesto commitment to the state pension triple lock, meaning an increase of 2.5%, well ahead of both price and earnings inflation. The big question now is whether the triple lock will survive another year.”