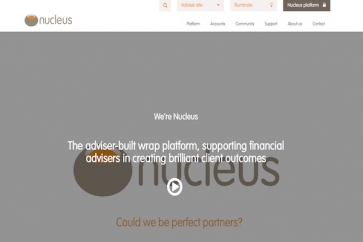 Private equity firm Aquiline Capital Partners and fintech Allfunds have pulled out of the bidding race for adviser platform Nucleus.

Aquiline, a New York and London-based private equity firm, says it does not intend to make an offer for Nucleus following “highly preliminary” discussions.

Aquiline owns a larger number of investment and financial businesses around the world.

Fintech Allfunds announced this morning it too would withdraw.

The move leaves two known bidders in the race so far, the parent companies of rival platforms Transact and James Hay.

Transact and James Hay have both tabled cash offers for Nucleus.

Details of the offers have not been disclosed and no deadline has been set for any bids.

Edinburgh-based Nucleus, one of the smaller adviser platforms, opened itself up to bids after major shareholder Sanlam announced it would sell its stake earlier this week.