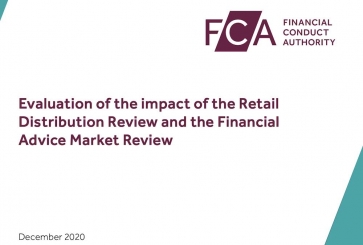 According to the FCA’s review on the impact of the Retail Distribution Review (RDR) and the Financial Advice Market Review (FAMR) financial adviser numbers have risen by 1,400 (4%) since 2012.

Keith Richards, chief executive of the 40,000-member Personal Finance Society, said: “‘It is encouraging to see the number of advisers increasing gradually but, as the FCA has stated, it still has further to go.

“In contrast the reducing number of regulated firms is a concern and combined with the increasing financial strain, constraints and risk caused by a hardening PII (Professional Indemnity Insurance) market and unsustainable increases in regulatory costs.

“Despite the Financial Advice Market Review and Retail Distribution Review there still simply aren’t enough financial advisers available to provide financial advice to all those who would benefit from receiving it, increasingly leaving the public to fend for themselves or become victims to scams.

“We must remember that the retail advice sector is still rebuilding after many banks pulled out of the retail advice market in the wake of the Retail Distribution Review and that the introduction of Pension Freedoms has increased the need for financial advice exponentially for people aged over 50.

“One key area to address is the volatility of compensation costs borne by firms in the advice sector, and this can only be addressed by primary legislation, which is beyond the FCA’s scope. As a result, we need a clear lead from government about the future of financial advice – the FCA can’t be expected to deliver the objectives of the Financial Advice Market Review on its own.”

The PFS today released the findings of a poll of 94 financial advisers with regulatory permission to advise on pension transfers.

The survey revealed that the cost of their professional indemnity insurance cover has increased for almost 95% of financial advisers qualified to advise on pension transfers.

Almost four out of 10 financial advisers said the cost of their professional indemnity insurance premiums had increased by between 20% and 50% on the amount they paid a year ago, while 36% stated the price they pay for cover had soared by more than 50%.

Half of the financial advisers polled in October by the Personal Finance Society said they had to pass the increased cost of professional indemnity insurance premiums on to their clients.

Mr Richards said the current method of funding consumer compensation was “unsustainable.” He repeated his call for government intervention and a levy on funds under management to fund compensation costs.

More in this category: « Updated: 2 firms pull out of Nucleus race Schroders launches Islamic Global Equity Fund »
back to top