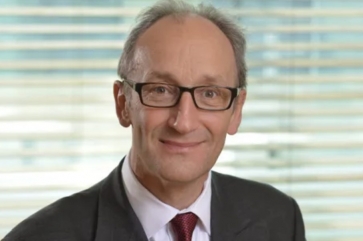 Chris Ralph, former chief investment officer at wealth manager St James’s Place, is to step down at the end of this year after 11 years with the company.

In a LinkedIn post Mr Ralph said: “Some personal news. After eleven tremendous years at St. James’s Place Wealth Management, I will be leaving at the end of the year although I will continue to serve in a non-executive capacity as a member of their Investment Committee going forward.”

Mr Ralph, a regular media commentator, has worked in the asset management sector for over 30 years and joined St James’s Place in 2009 as its first chief investment officer.

He has been a regular market guest on BBC Radio 5 Live’s Wake Up To Money and Radio 4’s Today programme and has been quoted in the FT, Bloomberg and other media.

At the beginning of 2020, he became chief global strategist at SJP and continued to be a member of the SJP Investment Committee.

In a farewell message he paid tribute to David Lamb, chairman of the SJP Investment Committee, and SJP CIO Tom Beal.