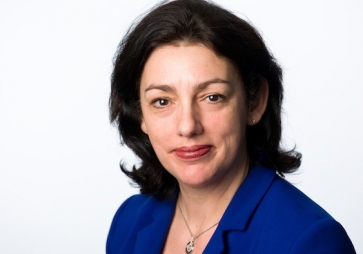 The FCA has urged financial services firms to be ready for the end of the Brexit transition period on 31 December as it prepares to make 300 updates to its website.

On 31 December the FCA will publish its final arrangements for the end of the transition period following the deal struck between the UK Government and the EU on Christmas Eve.

While the deal covers the movement of goods it does not cover services, including financial services, which will require further negotiations.

However the end of the Brexit transition period means the FCA will take on new powers in areas such as MiFID reporting, credit rating agencies and trade repositories. Many of these will require updates to the FCA website.

As part of the FCA’s preparations the regulator has already said that it will be making significant changes to the FCA register which will mean it being offline from late evening on 31 December to the early morning of 4 January.

The register will be updated to take account of the end of passporting for firms and funds and the start of the temporary permissions regime (TPR).

To ensure a smooth transition to UK rules from the end of the transition period, Temporary Transitional Powers (TTPs) will apply to give overseas firms time to adjust to the onshored UK requirements, the FCA said. The TTPs also give the FCA the power to make quick changes to ensure financial stability.

The Brexit transition period ends at 11pm on 31 December. After this point EU law will no longer apply in the UK.

Nausicaa Delfas, executive director for international at the Financial Conduct Authority, said: “With only a week to go, firms should have taken all the necessary steps to prepare for the end of the transition period.  At the FCA we have been working closely with other agencies in the UK and Europe, as well as with businesses, to ensure customers are protected and markets work well.”

Passporting will no longer be possible after the end of the transition period. Instead the FCA, working with other UK authorities, has introduced the temporary permissions regime (TPR).

The TPR will allow EEA-based firms passporting into the UK to continue operating in the UK within the scope of their current permissions for a limited period, while they seek full FCA authorisation, if required.

The TPR will enable EEA funds to continue to be marketed in the UK for a limited period provided the fund manager has notified the FCA before the window for notification closes on 30 December.

In addition, the FCA and other UK authorities have also introduced the financial services contracts regime (FSCR). This will allow EEA passporting firms that do not enter the TPR to wind down their UK business.

UK customers of a UK firm will continue to have access as currently to the Financial Ombudsman Service and the FSCS. However, UK customers of an EEA firm that’s operating in the UK under the TPR, or under the FSCR, may have different protections and the FCA has urged customers of these firms to check.

• Guidance is available at the FCA Brexit pages fca.org.uk/Brexit or via the dedicated telephone line on 0800 048 4255.