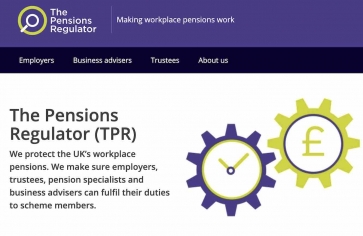 The Pensions Regulator (TPR) has banned corporate trustee Audax Pension Trust and one of its directors, Edward Martin Kelly, from acting as pension scheme trustees after multiple governance failures.

The TPR said the failures showed a lack of “competence, capability and integrity.”

Delays in making pension transfers and complaints from IFAs brought the firm to the attention of the TPR.

TPR believes the Audax scheme was not wound up despite a trigger for wind-up having been crystallised following the dissolution of its principal employer, Refined By Limited (RBL). RBL  was dissolved on 27 February 2018.

Audax is a defined contribution occupational scheme which had 38 deferred members and assets of almost £1.2m.

Following its establishment and savers having transferred into Audax, HMRC contacted the trustee saying it did not regard its administrator, Masons Pensions Administrator (Masons), as ‘fit and proper’ and would deregister Audax if the trustee did not resolve the matter.

Despite being given time to address the problem, the trustee failed to correct the shortcomings. Eight Audax members also complained to TPR about the trustee. Complaints included that the trustee had declined transfer requests with inaccurate and inadequate explanations.

A warning notice issued by TPR also set out other serious problems with Audax’s structure and governance, particularly that Audax no longer had an employer, administrator or investment adviser and no scheme bank accounts.

In separate, but related, hearings, the panel also appointed Dalriada as independent trustee of two other schemes, the Ploutos Pension Trust (Ploutos) and Ganita Wealth Pension Scheme (Ganita). Most of the Audax pension schemes money was managed by Ganita Wealth Ltd (GWL), a wealth management company registered in the UK with the FCA which manages funds invested in Ganita Wealth Fund Ltd (GWF) – an investment company based in the British Virgin Islands.

Erica Carroll, director of enforcement at TPR, said: “In this case, the corporate trustee and director showed a severe lack of knowledge and understanding.

“This case shows we will ensure those trustees that fail to meet the statutory requirements and the high standards we expect in respect of scheme governance are stopped from failing other savers by continuing to be able to act as pension trustees.”

More in this category: « FCA to make 300 Brexit changes to website 1 in 5 rejected for financial products in pandemic »
back to top