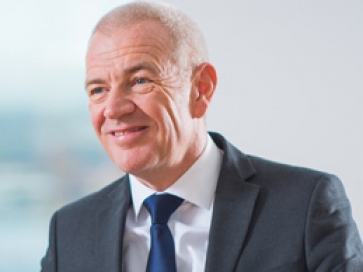 Investment management and SIPP provider Redmayne Bentley has reported a 27% increase in profits for its latest financial year thanks to a strong final quarter.

The Leeds-based firm, founded in 1875, saw increased demand for its investment services, resulting in profits up by a quarter for the year ended 31 March.

The company expects the Coronavirus pandemic to cut profits in the current financial year but it remains confident about the longer term.

The firm said trading in the final quarter was up one-third on the same period in the previous year, resulting in a significant increase in gross commission for the period.

Fee income for 2019/20 was 9% higher than the prior year due in part to increased client numbers however market falls resulted in assets under custody falling 16.6%.

Costs increased 11.7% due to planned investment in systems and infrastructure, alongside increased regulatory, professional and insurance costs, the firm said.

David Loudon, joint chief executive, said: “We are delighted to have recorded a 27% increase in our trading profits for the full year. This is a major achievement in the circumstances and comes despite the significant increases in FCA, FSCS and other regulatory costs that ourselves and many of our competitors have incurred.

“Despite the significant fall in the FTSE 100 over the year, client assets suffered less.  Managed assets fared best, falling by 11.8% - just over half the fall of the FTSE 100 - demonstrating the benefit of professional and active portfolio management in times of difficult markets.

“At the start of the 2019/20 financial year the firm initiated significant investment in IT infrastructure and operational systems to support our 5-year growth plan. Redmayne Bentley was well placed to support our staff to home work as we moved into a full lockdown.

“Looking ahead, despite the challenging economic conditions and an expectation of reduced profits in this current financial year, we are confident about the firm’s future as we continue an investment programme in systems and people to support future growth ambitions.”

Earlier this year Redmayne Bentley announced it would support 145 Samaritans volunteers for a year to celebrate its 145-year anniversary.

More in this category: « Kingswood to raise £20m for 2021 growth plans Pandemic pushes more towards online saving »
back to top