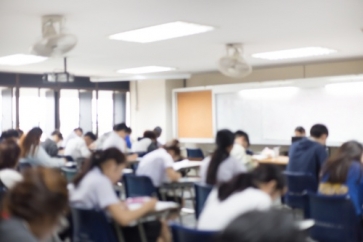 Schoolchildren are already thinking about retirement

Nearly a third of schoolchildren are concerned about saving enough for retirement, according to a new survey of young people.

Despite retirement being 50 years away or more a survey by Scottish Widows found that more than a third of school-aged children (37%) were worried about managing their finances when they are older.

More than eight out of ten (87%) young people thought they should be taught about pensions to prepare them for adult life.

A third of all children (32%) say retirement is something they will “definitely” save up for when they are older. This was a higher percentage than those planning to put money aside to start a family or get married.

The research uncovered that most parents speak to their children about the importance of long-term savings (68%) and nearly a quarter of pupils (24%) received some form of financial education in the classroom.

More than eight in 10 children (84%) say they have saved up for something, with computer games, clothes and presents the most popular items.

The research found that young people were more financially savvy than given credit for with 11-18-year-olds showing a “mature attitude” to managing future finances.

Almost three quarters of UK children say they regularly save money (72%) and 44% believe it is ‘a good habit for later in life’.

Robert Cochran, Senior Pensions Specialist at Scottish Widows, said: “Today’s younger generation are surprisingly savvy about the importance of saving for the long-term. Many are getting into good habits early and understand the long-term benefits of squirreling away their pocket money.”

More in this category: « Takeover target Nucleus reports assets up 8.1% FSCS declares 13 firms in default in 2 months »
back to top