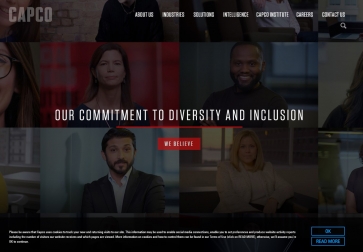 Financial services were not within the scope of the new UK-EU trade and cooperation agreement agreed at the 11th hour before Brexit, and UK-based financial services firms lost their automatic European passporting rights from 1 January.

Capco has warned that this leaves the UK financial services sector facing significant uncertainty in 2021.

Taj Patel, partner and regulatory practice lead at Capco, said: “While the TCA does provide a way forward for UK-based firms to continue to provide services into the EU, this is currently entirely at the discretion and requirements of each member state. As a result, UK-based firms are effectively now operating under their no deal/hard Brexit scenarios.

“Amid a more complex and expensive negotiating environment with EU states, equivalence looks to be the way forward for firms. However, while equivalence is included within the fourth (‘Potential EU unilateral measures’) of the four pillars of cooperation set out in the TCA, there are many outstanding areas of equivalence that remain unresolved between the UK and EU.

“Furthermore while the Joint Declaration – non-binding, it should be noted – that sits alongside the TCA commits the UK and the EU to future cooperation around financial regulation, the Memorandum of Understanding that will facilitate this cooperation is not set to be finalised before March 2021. Efforts to address these areas of concern will be a challenge for the UK government as they have yet to determine detailed plans for future regulation, putting financial services firms in a ‘catch-22’ scenario.

“The EU can withdraw equivalence determinations by giving 30 days’ notice, something we saw in 2018 when the EU was unsatisfied with the direction of travel or progress made by Switzerland. This is clearly detrimental to investor confidence.

Capco said the EU has granted temporary equivalence only to UK clearing houses, and this is purely due to the sheer volume (trillions of dollars of derivative contracts per day) which currently flows through these venues. That said, Capco believes this does provide some kind of platform to build a future regulatory equivalence and cooperation between the UK and EU.

“As financial services adjust to the new post-Brexit environment, addressing the gaps left by the TCA are of vital importance. It’s critical for supervisory bodies to remember the productive and close working relationship which has existed with the UK for so many years. A renewed focus on this positive relationship will be key to delivering much needed equivalence decisions in a timely manner, as the priority has to be market stability, protection of investors and detection of abuse/manipulation.”