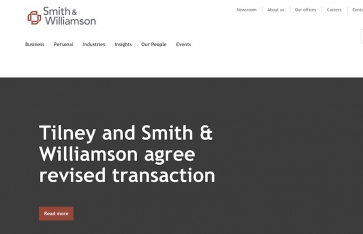 Many drivers of inflation went into reverse in 2020, but Smith & Williamson Investment Management’s MPS said the outlook has shifted for 2021.

As a result the team has added the BlackRock Gold & General fund across the portfolios in the MPS due to gold being an asset likely to benefit from rising inflation.

James Burns, co-manager of Smith & Williamson Investment Management’s MPS, said: “BlackRock Gold & General has been introduced across the range and plays to our medium term view that increased inflation is likely, which should benefit the gold price.

“The key driver of this view is the outsized impact of policy, particularly the deployment of fiscal measures on top of the monetary stimulus that has been repeatedly used over the last decade.

“We believe tail-risks of significant inflation may also be tilted to the upside, with the risk that policymakers are potentially building up more significant challenges in the longer-term and that the reaction function of central banks and governments might well be too slow.

The team believes gold and precious metal securities, while carrying some beta, should also provide some protection in challenging markets.

He also said that while inflation was a consideration, gold is also a means of diversifying returns in this environment

The Smith & Williamson Investment Management MPS team has also increased the allocation to the UK equity markets at the expense of the US, in the view that much of the UK market is undervalued.

As well as adding to precious metals and the UK, the MPS portfolios have also been reducing exposure to specific equity markets, notably China where the team decreased its holding in Fidelity China Special Situations fund after a very strong period of performance in 2020.

More in this category: « deVere pushes clients towards ESG SJP to chop 200 roles after review »
back to top