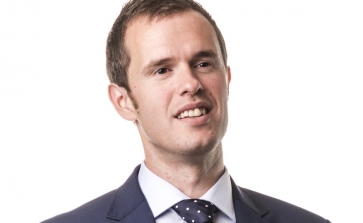 Pension transfer activity slumped by 20% during 2020 but signs of possible scams climbed with 49% of transfers showing at least one 'red flag', according to a new report.

December marked a record high on XPS Pension Group’s Red Flag Index with 76% of transfers showing at least one warning sign of a potential scam.

This represents a six-month continuous rise in the number of red flags seen.

XPS’s Transfer Watch saw significant volatility in transfer values during 2020, particularly at the start of the pandemic.

Despite this, the XPS’s Transfer Activity Index saw a drop of 20% in members choosing to transfer during 2020 compared with 2019. This resulted in around 75 members transferring in every 1,000 eligible, down from 96 the previous year.

Mark Barlow, partner at XPS Pensions Group, said: “Even though there has been significant turbulence along the way, transfer values finished 2020 higher than they started it. However, we have seen fewer people take the significant decision to transfer their pension during the year, perhaps put off by the current economic uncertainty. More concerning is the surge in pension scam red flags amongst those who have continued to transfer during the year.”

Helen Cavanagh, consultant at XPS Pensions Group, said: “Over three-quarters of cases raised a red flag in December which is extremely worrying. This highlights that the risk of members falling victim to a pensions scam which reinforces the call from the regulator for trustees and the industry to pledge to protect their members. Over half of all the scam warning signs identified over the month were fee related, including members lack of understanding of the fees involved, which could indicate members are transferring to arrangements that could be detrimental to their retirement outcomes.”

XPS Pensions Group’s Transfer Value Index shows the estimated Cash Transfer Value of a 64 year old member with a pension of £10,000 a year with typical inflation increases. The value changes over time with market movements.

XPS Pensions Group’s Red Flag Index tracks the percentage of monthly transfers reviewed by the businesses’ scam protection service that are identified as having warning ‘red flags’ which indicate that the member is at risk of being scammed. The red flags are based on the Pension Scams Industry Group’s Code of Good Practice and examples include lack of member understanding of fees, issues with the adviser involved in the transfer and member’s being cold called about transferring.