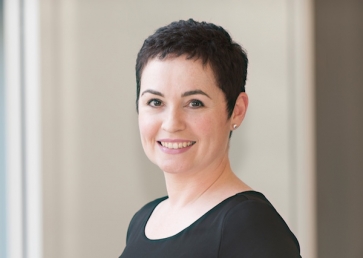 Julie Scott, chief executive of Standard Life Aberdeen’s Financial Planning arm 1825 for the past four years, is leaving for a new role as chief customer officer at Royal London.

Her departure follows a number of job cutbacks and changes at 1825 last October.

Ms Scott holds the roles of CEO of 1825 and interim lead for Personal business at Standard Life Aberdeen.

In a revamp of its UK Adviser & Personal divisions SLA is now looking for a CEO of its Personal arm. In the interim, Noel Butwell, chief executive of the Adviser arm, will act as CEO of Personal.

Also in the UK Adviser & Personal divisions David Mouille, formerly of Citi Bank and Merrill Lynch, has joined the corporate development team and will report to James Aird. He will support growth in the Personal sector.

1825 has made a eight acquisitions in the past five years since it was launched including, in December 2019, the takeover of Grant Thornton’s substantial Financial Planning business.

Standard Life Aberdeen has said in the past that its aim is for 1825 to become “the UK’s leading Financial Planning business."

As of October last year 1825 had approximately £5.4bn of assets under administration and 100 advisers looking after 11,000 clients.

• In other changes at Standard Life Aberdeen has made three new appointments to support the company’s growth plans in its  Investments, Adviser and Personal (Savings & Wealth) arms. René Buehlmann has been appointed CEO Asia Pacific with Hugh Young appointed chairman Asia. In UK, EMEA, Americas Chris Demetriou, currently head of Americas, will lead the Investments arm across the UK, EMEA and Americas.  Gary Marshall, head of UK & EMEA will be retiring later in the year and his responsibilities will transfer to Chris Demetriou.