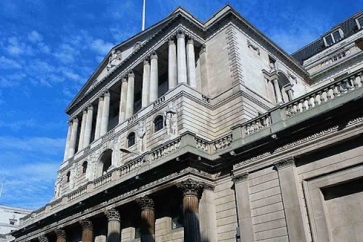 The Bank of England’s Monetary Policy Committee has held interest rates at 0.1%.

No members of the MPC voted to move to negative interest rates despite several expressing their attraction to the policy.

There had been speculation since the start of the latest lockdown in England that the Bank could turn to negative interest rates due to the economy weakening in the UK.

A negative rate could spur spending and investment by charging depositors for keeping their money in the bank.

While the Coronavirus pandemic lockdowns have led to a deterioration in economic activity, the economic outlook has improved recently as a result of the rollout of the UK’s vaccination programme.However, the Bank has kept the door open for negative interest rates if they are needed.

In the minutes to the latest meeting of the MPC, the Bank of England said: “While the Committee was clear that it did not wish to send any signal that it intended to set a negative Bank Rate at some point in the future, on balance, it concluded overall that it would be appropriate to start the preparations to provide the capability to do so if necessary in the future.

He said: "It is clear that as the Bank tries to bolster the pandemic-stricken British economy, negative interest rates remain part of the ‘tool kit.’ Indeed, they have been very deliberate in not taking this highly controversial option off the table.

“Whilst the debate on whether negative interest rates help the ‘real economy’ or not will continue, there is no doubt that they would help boost financial asset prices. With this now front and centre in their minds, investors will now be looking to top-up their portfolios before the next round of cuts and the likely subsequent price increase. They’ll be moving to capitalise on the lower entry points now before the next significant rally.

“In addition, those with savings in the bank are already getting no return thanks to the ultra-low interest rates. The threat of negative rates will offer them more reason to increase their exposure to stocks."

Hinesh Patel, portfolio manager at Quilter Investors, had a more positive view of the outlook for the UK economy and the likelihood of negative interest rates.

He said: “While the market pricing for negative interest rates has persisted for some time, today the Bank of England has quashed the idea of rates going sub-zero, at least for now. We would have to see significant economic weakening in the UK for them to become a reality, and with inflation expected to tick up as the year goes on, the BoE can’t afford to sink sterling as we get back into recovery mode.

“Importantly, the BoE will be watching the unemployment rate closely, particularly given we should begin to see the roadmap emerging for how the furlough scheme and business rates exemptions get withdrawn. The unemployment rate without furlough will be running well above 10%, and this could easily go higher, so the Bank needs weapons in its arsenal if it is to continue tackling this crisis.

“That said, there are reasons to be optimistic as a UK investor. With the hugely successful vaccination drive and supply issues being overcome, it’s not unrealistic to believe the second half of the year will produce the return of consumer confidence. With recent economic data also beating estimates of late, it could be that we are past the point of peak pessimism.”