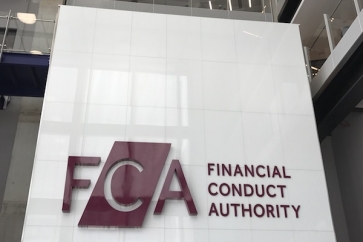 The Financial Conduct Authority received 238,711 malicious and unsolicited emails in one three month period in 2020, according to a Freedom of Information request.

The watchdog’s mail servers blocked an average of 80,000 emails per month in the last three months of 2020.

While the data released by the FCA only covers three months the monthly average points to up to 960,000 unwanted, nuisance or malware emails being received by the FCA in 2020.

The figures were obtained under a Freedom of Information request and analysed by litigation firm Griffin Law.

The vast majority of the emails received by the regulator over the period, 99%, were defined as ‘spam’ but 2,402 potentially contained ‘malware’ designed to attack or hack the FCA’s system. The FCA is receiving over 1,000 malware emails in some months.

The month which saw the highest quantity of email attacks was November with the FCA recording 84,723 nuisance emails.

All the known cyber attacks sent to the FCA were blocked.

Tim Sadler, CEO of cyber security firm, Tessian said: "The scale of the phishing problem, today, is huge. Our own data showed an uptick in the number of social engineering and wire fraud scams in the last six months of 2020. Why? Because it's much easier to hack a human to hack an organisation than it is to hack a company's software.

“Cybercriminals, undoubtedly, want to get hold of the huge amounts of valuable and sensitive information that FCA staff have access to, and they have nothing but time on their hands to figure out how to get it."

Donal Blaney, principal, Griffin Law, said: “This is a worrying number of attacks on a government agency well equipped to protect itself. It suggests that the negative potential of spam and malware for the rest of us is massive.”