Bailey to be grilled by MPs on LCF fiasco 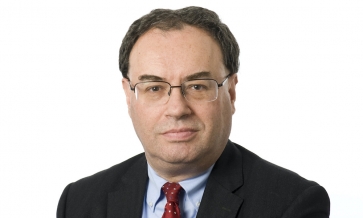 Bank of England Governor Andrew Bailey, former CEO of the FCA, is due to be grilled today by MPs about regulation of the £236m failed mini-bond firm London Capital & Finance.

Mr Bailey is due to give oral evidence to the Treasury Committee about the FCA's regulation of LCF which collapsed, hitting nearly 12,000 investors.

Because LCF was only partly regulated many victims have been warned they may never be compensated.

The evidence session will be broadcast live on the Parliament Live TV website at 3.30pm.

Mr Bailey apologised in December to LCF mini-bond holders that regulatory changes introduced after he became FCA CEO in 2016 were not made fast enough to protect LCF clients.

LCF ripped off more than 11,600 investors by encouraging them to invest £236m in non-regulated ‘mini-bonds’ before it collapsed. It had both regulated and non-regulated arms. Regulation mostly covered the marketing of the bonds but the bonds themselves were mainly unregulated.

As of December, the Financial Services Compensation Scheme had paid out just over £50.9m in compensation to 2,584 LCF bondholders who held 3,440 LCF bonds.

The FSCS is continuing to review other claims but issues remain over mini-bond investments which may have been outside the scope of regulation at the time they were made.

The FCA has now clamped down on the marketing of mini-bond investments.