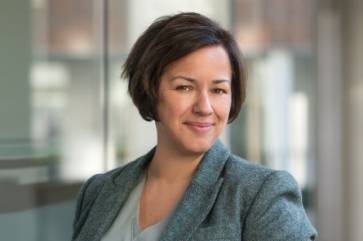 While platform sales were hit by a volatile year due to the pandemic a small army of armchairs investors took advantage of the annual ISA allowance as markets see-sawed.

According to a 2020 platform business report by consultants Fundscape ISA sales were boosted during lockdown, “thanks to direct consumer engagement.”

Most D2C platforms saw a surge in new accounts and investments during the lockdowns in 2020, Fundscape found.

Fundscape said the consumer ISA surge was a standout feature of a hugely volatile year that saw a record first quarter, followed by two very poor quarters, and ended by a strong final quarter as vaccine progress and the US election results resulted in a surge in markets.

Overall, the platform sector had a tough year but a bounce-back could happen this year as the economy recovers, Fundscape predicted.

Fundscape said: “Like just about every other aspect of life in 2020, the platform world had a tough year… peppered with odd periods of optimism.”

Full platform data for all platforms will not be available until the last publicly-listed platform has reported its 2020 results in March but data so far published suggests platforms had a challenging year in 2020.

Fundscape said: “2020 was a year of huge swings in activity in the platform industry. Records were broken for new business in the first quarter, but news of Covid-19 and the pandemic sent stock markets spiralling out of control and sales shuddering to a halt. The rest of the year looked even more dire than 2019 until that week in November when unexpected US election results and successful Covid trials were announced in the same week. Stock markets soared and sales in the fourth quarter were buoyant and better than like-for-like sales in 2019.”

Platform assets under administration increased by 7.6% in the fourth quarter to £785bn. Despite a tough 2020 platform assets have risen substantially over the past two years from £601bn in 2018.

Fundscape CEO Bella Caridade-Ferreira said: “As well as having to figure out how to securely run financial services from thousands of living rooms and bedrooms, platforms and investment managers were also affected by poor investor sentiment. The net effect was that sales were decidedly sluggish in the second half of the year.

“But a week of good news in November was a significant boost to flagging sales. With the UK government rolling out a rapid vaccination programme, it looks as though the UK economy could be back to normal by the summer. This will work wonders on investor sentiment and will have a benign impact on the ISA season. As a result, we expect the first half of 2021 to be home to buoyant sales.”