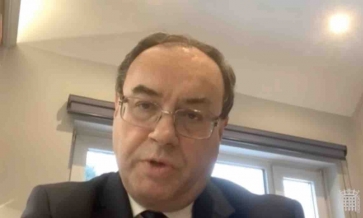 Shortcomings at the FCA call centre meant the watchdog failed to take early action on the failed mini-bond firm London Capital & Finance (LCF) despite over 600 calls from worried clients.

In evidence to the Treasury Committee today, ex-FCA CEO Andrew Bailey, now Governor of the Bank of England, said that at the time of the LCF issues emerging the FCA did not have a “mechanism” in place to spot red flag warnings on one firm from the 200,000 calls coming in a year.

LCF ripped off more than 11,600 investors by encouraging them to invest a total of £236m in non-regulated ‘mini-bonds’ before it collapsed. Only a small percentage have so far been compensated since the firm collapsed in early 2019.

During a two hour grilling by MPs, Mr Bailey said at the time the LCF issue was emerging the FCA had no system in place for “extracting” a relatively small number of “red flags.”

As a result opportunities for early detection of the problems and regulatory action were missed, he said.

He said the outsourced call centre he inherited, now reformed as part of the FCA supervision hub, suffered from high staff turnover and sickness. Staff also struggled with a significant number of abusive calls - including racist, anti-semitic and homophobic slurs that were “highly disturbing.”

He accepted that there had also been concern about the quality of responses from call centre staff to LCF clients with some investors given misleading information about the FSCS safety-net and said it appeared about 4% of calls had not been answered accurately.

He revealed too that the FCA at the time had focused on whistle-blowers to help detect warning signs at firms but said there had been no whistle-blower at LCF.

There were also questions within the FCA about whether LCF’s products were within the FCA’s regulatory perimeter. He said: “It’s questionable whether LCF ever did any business inside the (regulatory) permiter.”

He had fundamental issues with parts of the recent Dame Elizabeth Gloster report on the FCA’s handling of the problems and rejected suggestions the FCA had been too “relaxed” on regulation at the time and had needed to “pull its socks up.”

Mr Bailey said he was also unhappy with suggestions he tried to have his name removed from parts of the report and was disappointed that the difference between responsibility for the FCA and culpability for the LCF problems was not made clearer in the report.

Mr Bailey apologised in December to LCF mini-bond holders that regulatory changes introduced after he became FCA CEO in 2016 were not made fast enough to protect LCF clients. He told MPs again today he was sorry LCF bondholders had lost money.

Since the LCF debacle the FCA has clamped down on the marketing of mini-bond investments and restructured internally with major changes to the call centre.